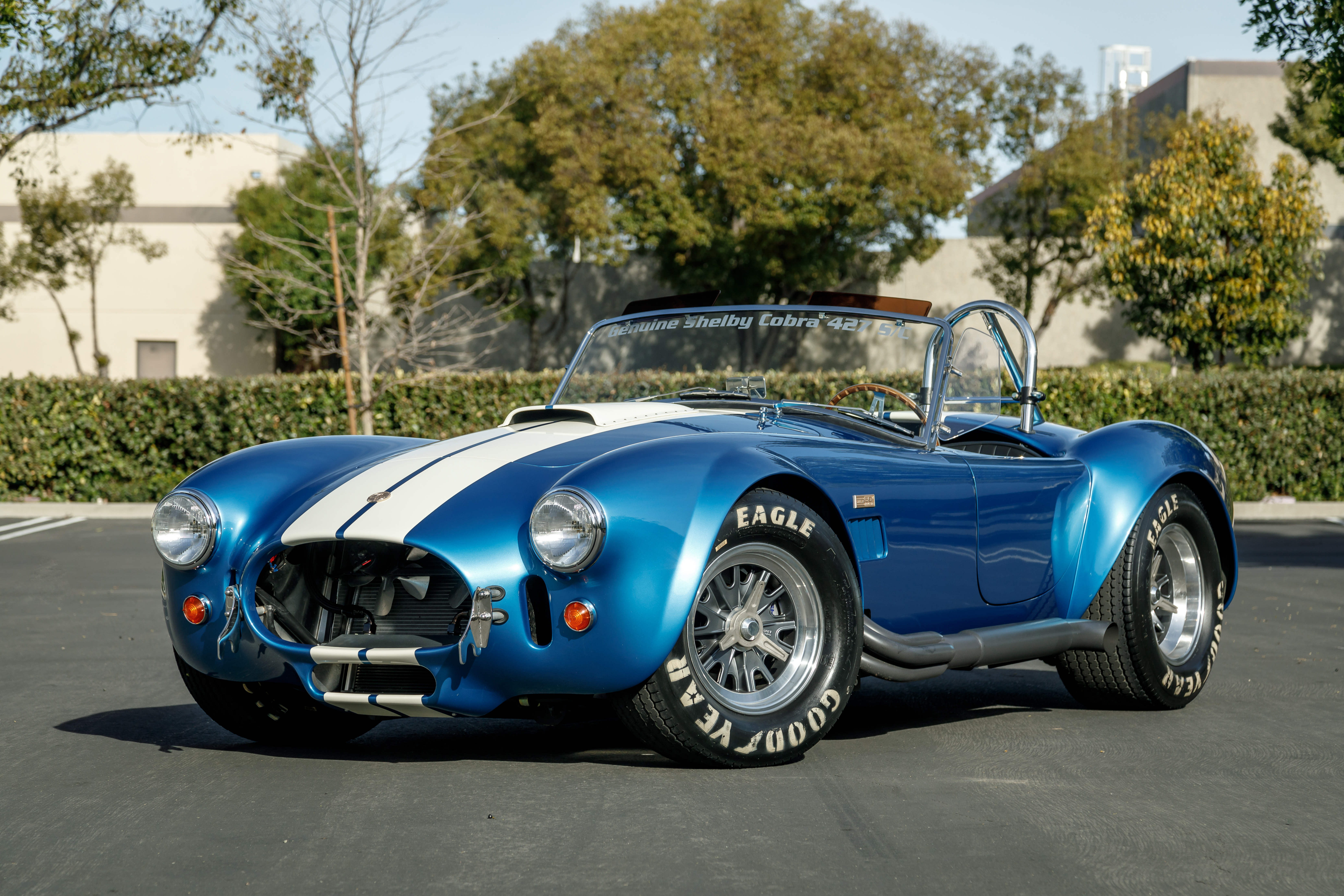 Do you ever get FOMO, the fear of missing out? Ever had the opportunity to buy your own piece of racing history and later regretted that you passed on it? Here is your second chance. This 50th Anniversary 427 Cobra is number 28 of 50 ever made and is available. Shelby American celebrated 50 years of the 427 Cobra with a limited run of 50 S/C 427 CSX4000s an all 50 sold out in less than 24 hours.

Each car was painted Guardsman Blue with Wimbledon White stripes and equipped with a fully independent suspension, upgraded disc brakes, and a lightweight body of either fiberglass or aluminum. The 50th Anniversary edition Shelby Cobra also sets itself apart with specialty anniversary logos and badging, premium interior materials, a 23-gallon racing-style fuel tank, a powder-coated frame, and custom gauges.

With the cars being sold as a rolling chassis, owners got to choose what powerplant they wanted to be the heart of their 50th Anniversary Cobra. This particular example, CSX4577, is equipped with a period-correct 1960s Ford FE 427ci engine. The engine block and heads are original cast iron 427 parts produced by Ford. This engine is stroked and has an original Ford FE 428 crankshaft producing approximately 454ci of displacement. The engine is mated to a Tremec 5 Speed manual transmission.

CSX4577 has less than 200 miles on the odometer. It is titled as a 1965 but looks like it just rolled off Carroll’s showroom floor. Make it yours today! After all, Mr. Shelby always said these cars weren’t meant to sit and collect dust, they were built to be driven.

View CSX4577 in our Inventory 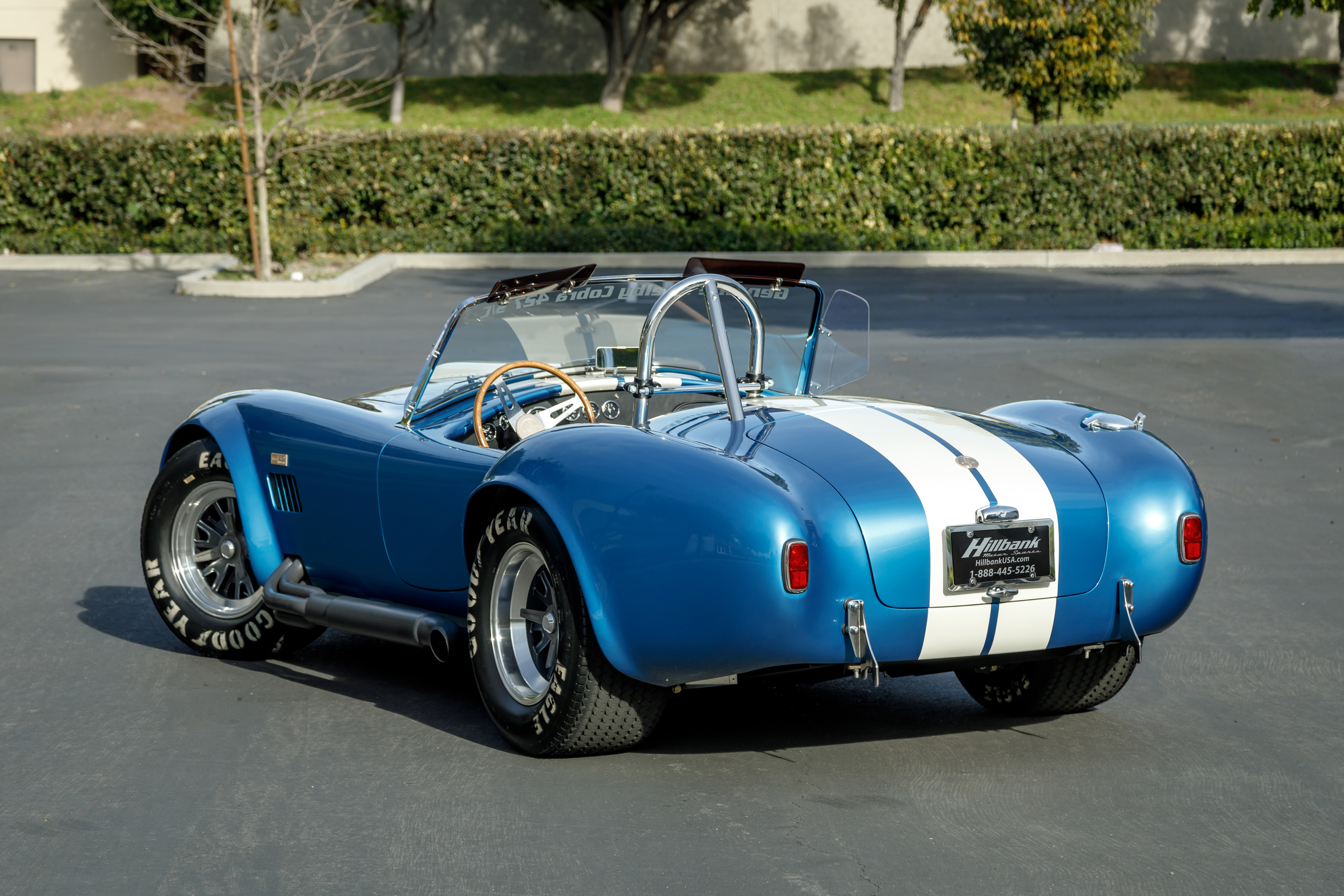