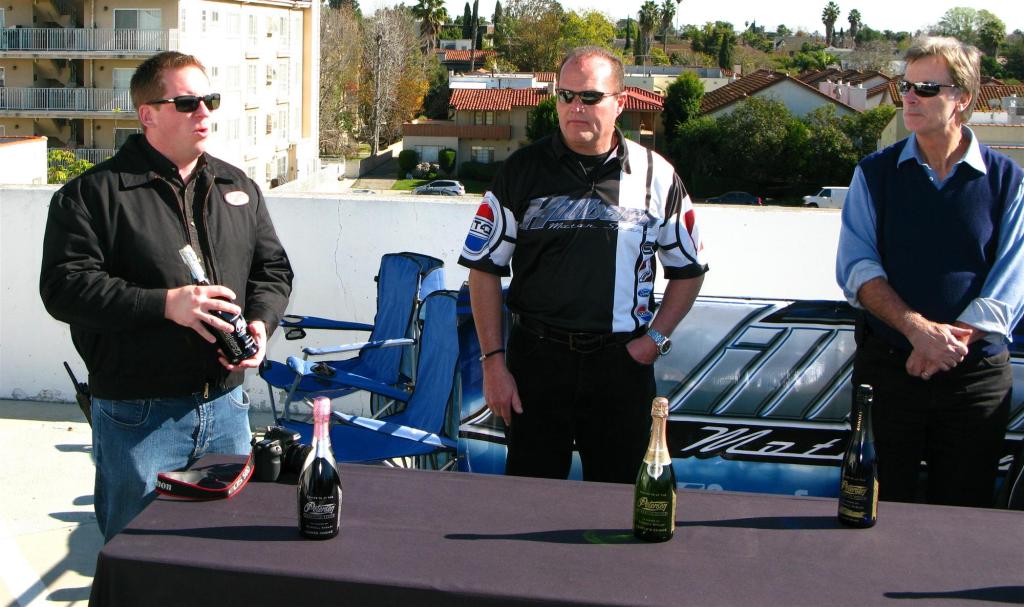 The Carroll Shelby tribute Cruise –In at the Petersen Automotive Museum held in LA California this weekend January 12, 2013. The event was held to honor not only Carroll’s contributions to motorsports and the automobile industry, but also coincide with what would have been his 90th birthday.

Terry Karges who was recently appointed Executive Director of the Petersen Automotive Museum approached Lance Stander owner of Superformance and Hillbank Motor Sports for help in the planning of this birthday tribute. Terry commented: "Few individuals in the auto industry have the iconic status of Carroll Shelby, we knew that we had to host a tribute to celebrate the life of a man whose impact on our industry has been enormous." The venue was ideal as the Petersen Automotive Museum was the host venue for Carroll’s Memorial after his passing in May last year.

Although this event coincided with a number of large auto industry events being held in Scottsdale AZ and Detroit MI, it still attracted more than 160 Shelby Type cars. There were over 250 Shelby enthusiasts who braved brisk weather, many driving in open cars some for a number of miles. Laura from Haggarty Insurance attended the event with donuts for the early birds served along with Hot Coffee.

A number of clubs in the area attended the furthest club representation was from the San Diego SoCal SAAC Club where 12 cars drove over 130 miles to attend. Lynne Parks and a number of LA Cobra Club members brought out some rare original ‘60’s cobras. There were a number of Shelby Mustang and Cobras which were from the Orange County Cobra club.

Entering the lobby of the Petersen Automotive Museum you were greeted by a stunning red original Shelby 60’s Cobra belonging to Lynn Parks as well as Greg Mitchel’s Yellow 1967 Shelby Can-Am King Cobra. The Petersen Auto Museum recently opened up the Vault for private tours which afforded a number of attendees the opportunity to view these spectacular cars while attending the cruise-In. Jonny Rockets a restaurant located in the Museum served Carroll’s famous chili which was added to the menu especially for the event.

Dick Messer (owner of Jonny Rockets) served cupcakes along with 2 delicious birthday cakes dedicated to Carroll Shelby. Lance Stander commented “This is the first year for this event and the prelude to an even better 2nd event next year. We are sure that Carroll is smiling down on us as we celebrate what would have been his 90th birthday.”

As the day progressed the awards were presented. Lance awarded the Hillbank Choice to his favorite car a Red Shelby Cobra Daytona Coupe belonging to Dennis Stringham. Bob Stockwell who is the president of the Orange Country club took home the people’s choice award for his Red Shelby FIA cobra while the Petersen Automotive award was given to a very original 1967 Shelby Mustang. Special guest included Neil Cummings the director of Carroll Shelby International and Cleo Shelby. Both were gracious enough to present awards for the Shelby Pick and for the Ladies choice. The Shelby Pick was awarded to a very original Shelby Cobra 289 Slab side Cobra. The Ladies Choice was awarded to Joe Nacchio, with his 1967 Shelby GT500

This event was a great opportunity for Similar minded individuals to get together and celebrate the cars while remembering the great contributions Carroll Shelby made to the industry.