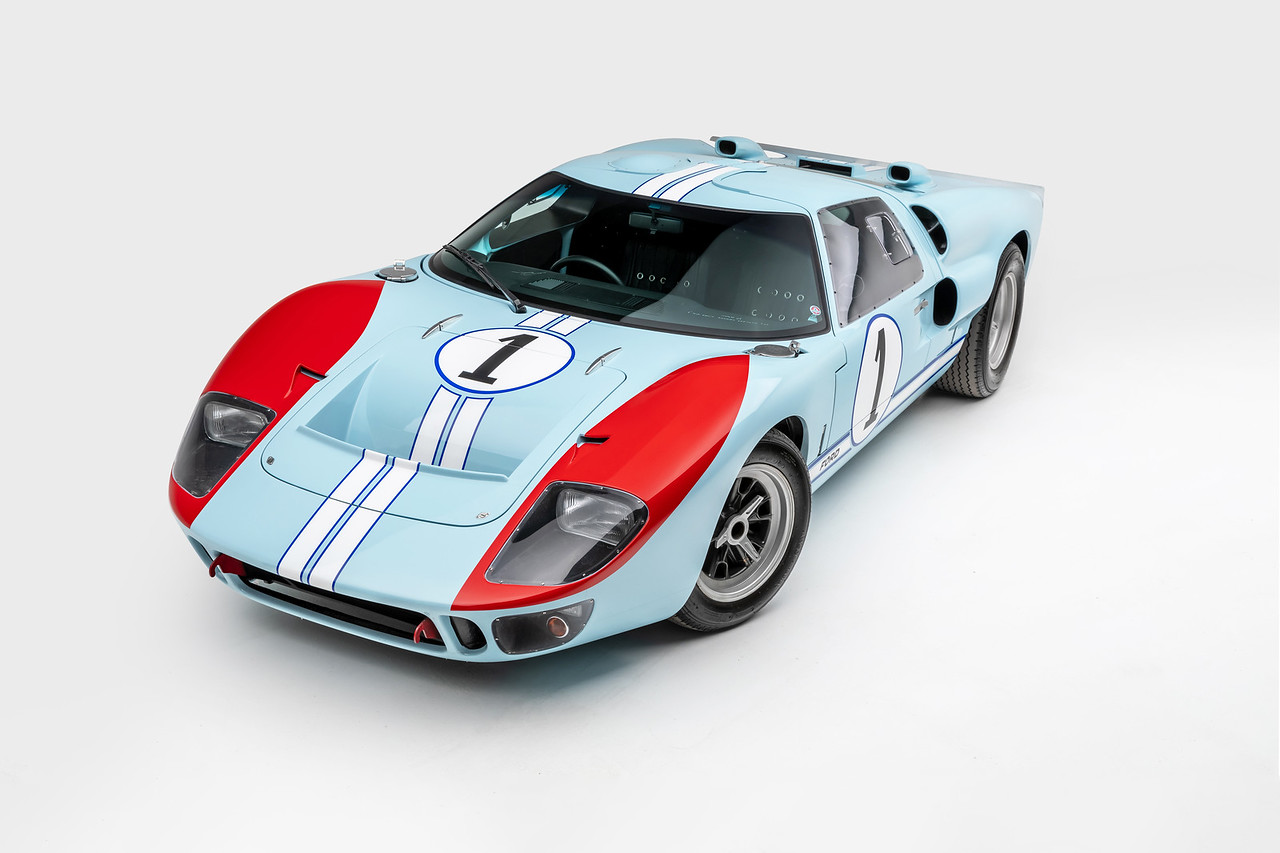 Original Ford press release click here. A summary of the release is below.

On Sunday, June 19, 1966, a trio of Ford racing cars crossed the finish line of the 24 Hours of Le Mans road race, becoming the first U.S.-built vehicle to emerge victorious at the iconic international event. Leading up to this incredible victory, Ford had first set a goal to build an elite racing program back in 1963. While the primary goal was to emerge victorious at the 24 Hours of Le Mans, Ford also wanted to use this opportunity to perfect their automotive design practices for everyday vehicles. According to Charles H. Patterson, Executive Vice President of the company at the time, Ford had four distinct advantages compared to the competition.

First, Ford’s everyday vehicle products benefitted from developing and using new ideas and materials, leading to innovation and engineering excellence. Next, Ford engineers have a variety of experiences in completing cars in a short timeframe, meaning they could incorporate the trial and error of constructing a racing vehicle and incorporate that into everyday cars. Next was the promotional opportunity provided by demonstrating products in competition in front of a worldwide audience. Finally, the race program uplifted company morale after the race competition due to the competitive nature of the automotive industry and motor racing in general.

Ford adopted the GT40 moniker after settling on an FIA compliant build, including a vehicle silhouette of 156 inches long, 40 inches high, and a 95-inch wheelbase. The engine developed for the GT40 Mark I was the 4.2-liter unit developed by Ford. The driver’s environment was also majorly factored into vehicle design to improve driver concentration over a long period, which led to the fixed-seat movable-pedal concept.

Final design and analytical studies were completed in 1963, leading to the GT40’s first construction in late 1963 and the first prototype vehicle in April 1964. After several failed testing attempts and zero finishes at seven international events in 1964, Ford made several modifications throughout the vehicles to improve performance.

In 1965, Ford decided to manufacture 50 of the improved GT40 MK II’s to ensure the vehicle would qualify for the production sports car category. With the improved 5-speed ZF transaxle, Ford sold GT40’s to the public while racing on the world stage.

In 1966, following several changes to the MK II-A vehicles, a trio of the new and improved racing machines finished in the top three slots at the 24 Hours of Daytona event in February. With a first and second-place finish in that year’s Sebring event as well, Ford knew it was ready for Le Mans.

Finishing first, second and third in some intense weather conditions at the 1966 24 Hours of Le Mans, Ford had accomplished the goals they set forth back in 1963.