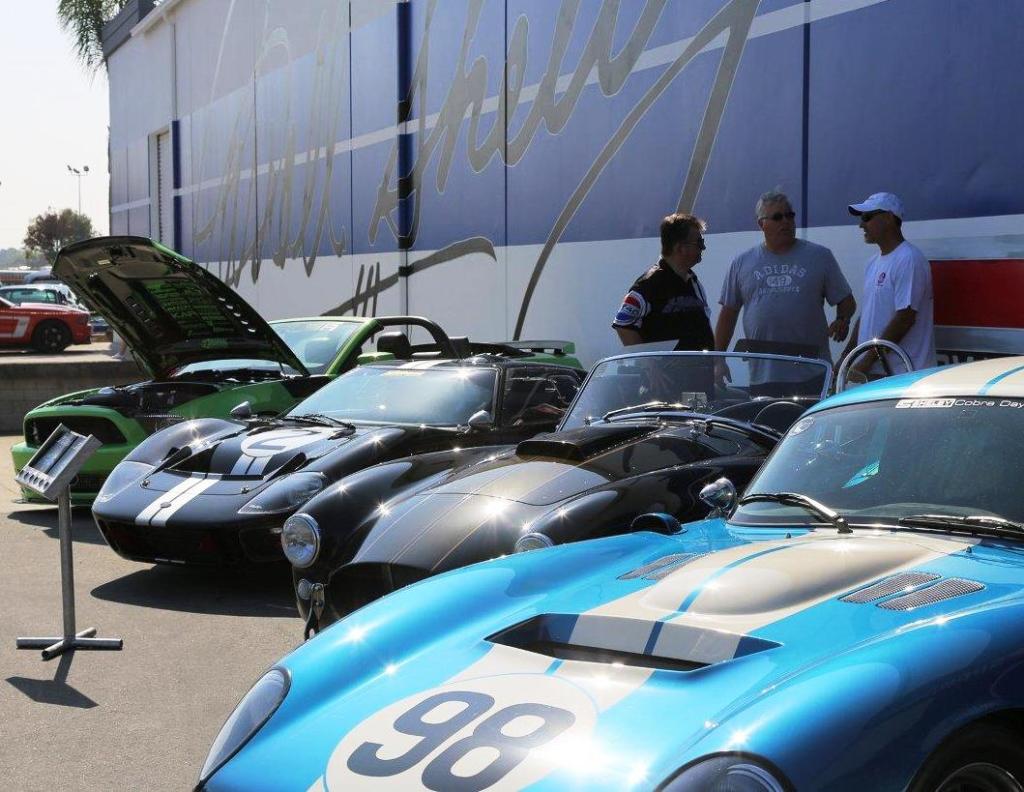 The Carroll Shelby facility in Gardena was the hive of activity on Saturday, May 11 where thousands of Shelby enthusiasts came to honor Carroll Shelby for a Tribute and Car show, one year and one day after his passing.

The parking lot was packed with Mustangs and Cobras, but there were also a few GT40’s, Tigers and Pantera’s lined up for the car show which took place a little later in the day. Shelby hats, shirts and cars were everywhere and many fans eagerly shared there “Shelby stories”. The Gardena Shelby Facility housed Carroll’s office, The Shelby Foundation, Shelby Licensing and The Shelby engine shop for many years. We were fortunate enough to be able to tour the engine shop on our arrival. We were impressed with the updated facility which now includes a gift shop. Fans flocked into the gift store which had just opened to where it was stocked to the brim with a number of items including, wine, mugs, hats, shirts.

We talked to original owners, including winning Cobra owner Hank Williams who has owned his blue-grey 289 Cobra since it was new and Alan Grant who raced a cobra in the 1960’s.

At one o ‘clock in the afternoon you could hear the roar of engines as everyone in attendance remembered there legend Carroll Shelby with a engine rev salute. This was a fitting tribute to an American Legend. We look forward to this event next year.