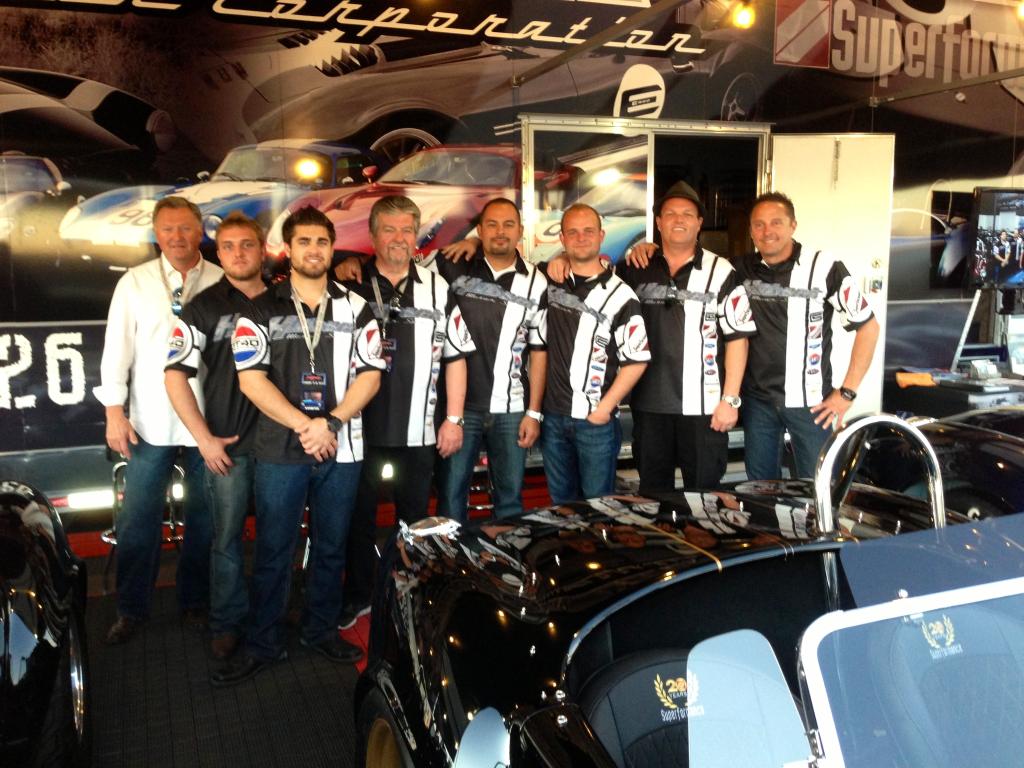 The Arizona auction week is widely regarded as a barometer for the new collector car season. This week’s total auction sales in Arizona painted a positive forecast for 2013.

American-built automobiles attracted strong attention at the RM Arizona sale held at the Biltmore, with a fully documented 1967 Shelby 427 ‘Semi-Competition’ Cobra CSX3045 topping the American built group. The estimated selling price for this Cobra was $ 1,400,000–$ 1,700,000 but it exceeded its pre-sale estimate to obtain a final sales price of $2,007,500. This cobra is one of the original 29 Semi-competition or S/C Cobras built, it had an extensive racing career and was formerly part of the famous John Mozart Collection, where it was subjected to a full, professional restoration. Another offering at the RM auction was lot 134 a 1965 Ford GT40 number P/1034 which was the first production GT40 road car delivered new to the UK. This GT40 was completely restored, beautifully maintained, and finished in its original factory shade of Pine Green, although now sporting a silver Le Mans stripe. This original GT40 was presented for auction and estimated to sell for $ 2,400,000 – $ 3,000,000. Unfortunately it did not sell at the event but a lot of strong interest was generated. Lot 163 a 1965 Shelby Mustang GT350 vin number SMF5S472 was sold for $172,500.00.

Gooding and company recorded a 31% increase in sales over last year’s auction held in Scottsdale Arizona. Dave Gooding President reported that “the 2013 season looked brighter than ever for the high-end collector car market” , with 7 cars at this auction selling for over the $2 Million mark. The top result at the Gooding and Company Scottsdale 2013 auction went to the 1958 Ferrari 250 GT LWB California Spider that sold for $8,250,000, a record for a steel-bodied long-wheelbase Cal Spider and a 1965 Shelby 289 Cobra that sold for $1,320,000.

English auction house Bonhams wrapped up its one-day sale on Thursday just shy of the $13 million mark. That doubles the total of sales from its first Arizona auction last year, officials said. Bidders and registrants from 28 countries participated in the second annual Bonhams Arizona auction. Top result at the Bonhams Scottsdale 2013 auction went to the 1938 Mercedes-Benz 540K Cabriolet sold post-block for $1,312,500 and a 1972 Lamborghini Miura SV at $1.22 million, including buyers fees.

At Barrett Jackson the highly anticipated 5000 series, which featured more than 50 unique and rare automobiles, generated more than $29.2 million in sales at the Scottsdale auction on January 19, 2013. The top seller at Barrett Jackson was an Original 1966 TV Bat mobile (LOT #5037), which dazzled both collectors and fans as it crossed the stage, selling for $4.62 Million. There were five Shelby Mustangs auctioned with two of them fetching over $100K. The first was a Red 1968 Shelby GT500KR 428 fastback which sold for $132K while a newer 2010 Shelby GT500 black Super snake convertible sold for $110K. Hillbank Motor Corporation had a Vendor booth at this event that displayed the Superformance and Shelby line up. Included in the line up was a CSX6000, a number of Superformanc MKIII’s a GT40 MKII and GT40 MKI R model, the Superformance Corvette Grand Sport, and the Newly released Superformance MKIII 20th Anniversary model.

Well that is the wrap up of Arizona auction week. We hope to see you at some of the great events planned for 2013, be sure to check the events calendar.