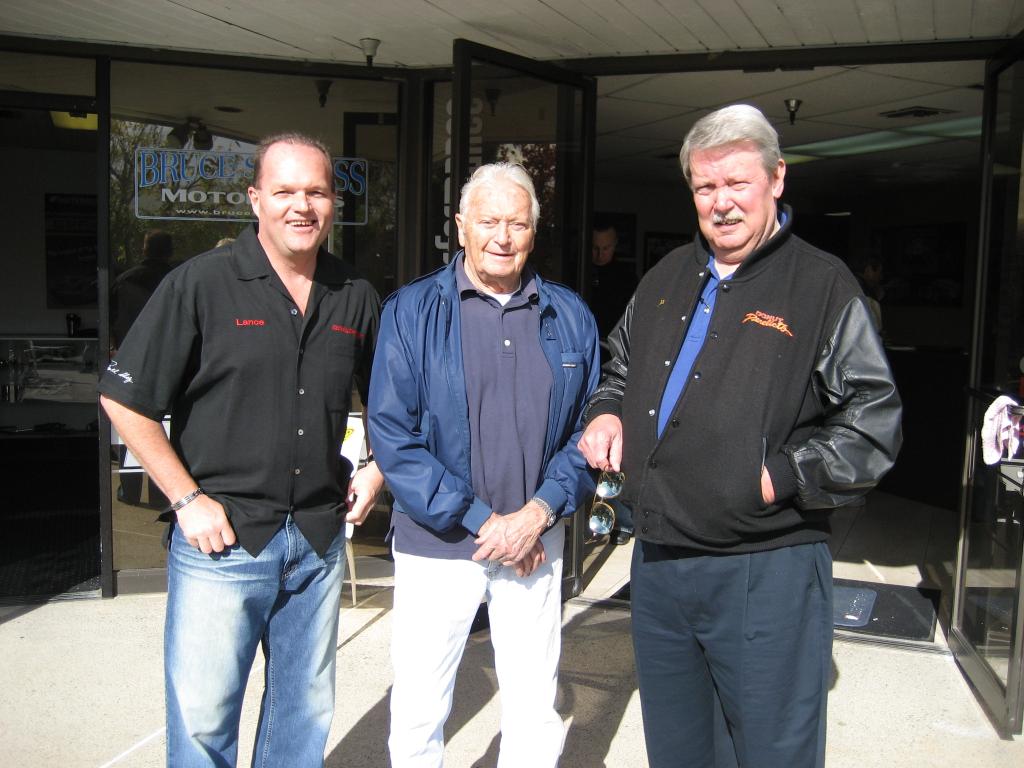 Phil Remington was born in Santa Monica California 1921. He passed away on the 9th of February 2013 just 2 weeks short of his 92 birthday. Phil’s skills as a Builder, Engineer, Designer and Fabricator were instrumental in programs like the GT40, the Shelby Cobra and the Shelby Daytona Coupe. He was known as the best Fabricator in the world, and that was not his strongest point.
A long time racing consultant who worked with Phil Remington on the Ford assault on Le Mans commented. "His strong point is his incredible intuitive feel for machinery. When there is a problem, by the time other people realize it, he's already made six fixes."

After service as a flight engineer in the South Pacific in World War II, Phil threw himself into the hot-rodding and motorcycle scene in Southern California. A severe motorcycle racing crash led him to turn his attention to the engineering side of racing, building intake manifolds for Eddie Meyer while producing Indy cars for millionaire Sterling Edwards. He was involved with Lance Reventlow's Scarab Formula 1, effort before joining Carroll Shelby and the Ford Le Mans racing program. His journey took him around the world with the greatest racing teams of the day.
"It gets a little old," he admits, not sounding entirely convincing, "but everything on the car is kind of a prototype and you have to keep changing things at the racetrack all the time.

With Carroll Shelby, Phil had a challenge in sorting out the first Cobra, and then the GT40. His solutions worked, and the cars won. Again the Americans were beating the Europeans on a world stage, with Phil playing a major role – although one he’d never quantify. Without Phil, it’s doubtful Shelby’s operation would have become the institution that it is now. Phil Remington helped the Ford Shelby Cobra Team win the Championship over Ferrari in 1965, he was in the pits when Dan Gurney and A.J. Foyt won Ford's biggest victory at Le Mans in 1967.
He was responsible for chopping the long tail off the experimental J-Car turning the slow-moving bread van into the invincible Mark IV GT40. "Without him, it would have been an unbelievable failure," says Pete Weismann.

During an interview with Carroll Shelby just before he passed away he recalled his early race teams' success at Le Mans. “What we did was take a bunch of California hot-rodders and we whipped Ferrari's ass,” as he put it. “The Cobra was the most archaic chassis, probably, with its two buggy springs and a pushrod engine, to ever go over there and win a world championship. But the reason that it was so successful was because of people like Phil Remington…”

Phil worked for many different people and personalities though his career and what’s amazing is that he did this not because he was fired or failed, but because he was sought out or wanted to face down a new challenge. Phil Remington was known as a tireless worker who could plow guys under in the shop that were less than half his age, even into his 90s. Once he got his hooks into something he simply didn’t quit until it was done.
Pete Weismann who worked as a Kar Kraft engineer on the Ford project commented that “He’s the master wherever the Engineers dreamed up, he was the one who made it work for them.
His success in so many different disciplines of racing prove this. There are dozens of tales of him coming up with quick solutions to vexing problems at the race track prove this.