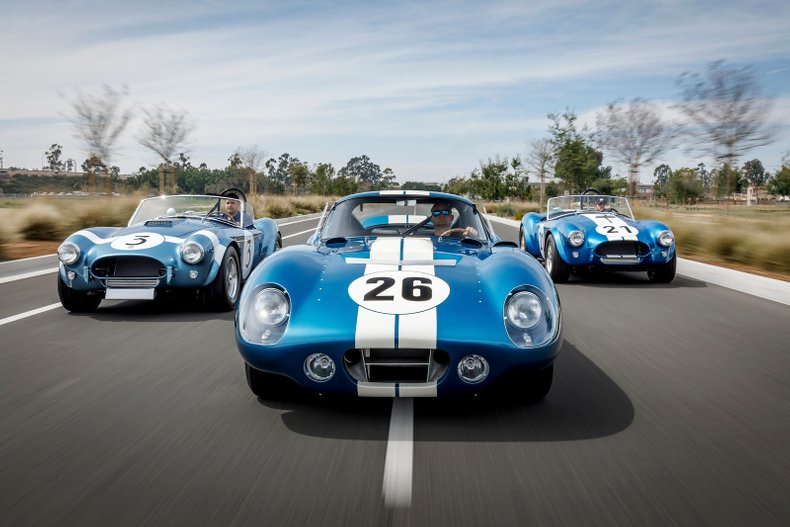 Shelby American and Shelby Legendary Cars will offer a series of limited edition Shelby Cobra Daytona Coupes and FIA cobras honoring world champion driver Bob Bondurant. The continuation series will be introduced at the Barrett-Jackson Auction in Scottsdale, Arizona, from Jan. 12-21, 2018. Based on Cobras and Daytona’s raced by Bob Bondurant, only 50 total cars will be built and each will bear a CSX2000 Shelby serial number. Owners of the new Shelby Cobras and Daytona’s will also receive driver training at the Bondurant Racing School.

The Bondurant Limited Edition Shelby FIA Cobras and Daytona Coupes will bear a CSX2000 series serial number and will be supplied as Turn Key Minus engine and Transmission.Shelby will offer the Cobras in liveries used by Bondurant during his racing career.

The FIA Shelby Cobra authentic continuation is based on CSX2345, which competed in seven FIA events, more than any other convertible. CSX2345 had five first-place wins and is the only Cobra to compete in both the 1964 and 1965 racing seasons in Europe; it was also the only roadster on the team in 1965

The tribute cobras will include a variety of original features including a laid-back windscreen, custom knee-pad on the driver’s door, high beam activation switch, diagonal roll bar brace and country of origin plaque. Available in both aluminum and fiberglass, specifications include:

- Shelby aluminum differential housing with Dana 44 gears and a 3.54 ratio

Those who purchase a Bondurant edition continuation car will enjoy a day of training at the Bob Bondurant School of High Performance in Arizona. Over 500,000 students have learned from Bondurant’s expertise since it officially opened its doors on February 14, 1968.