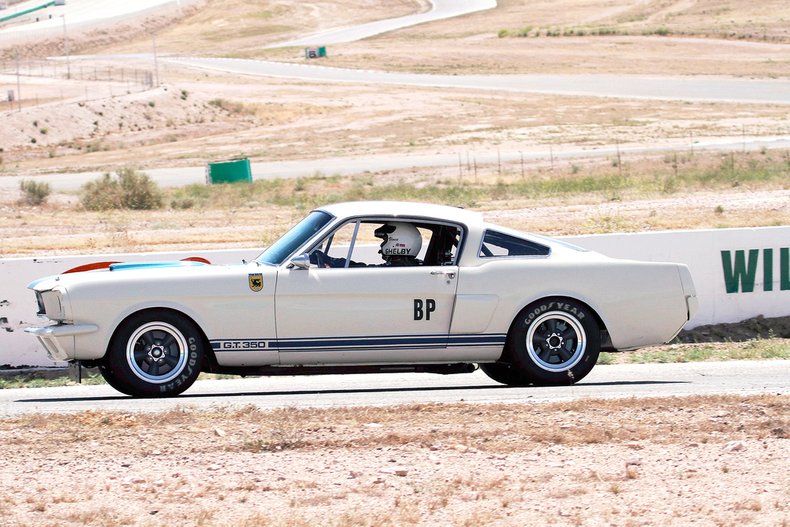 Each OVC C/M is built at the Shelby facility in SoCal, just as Carroll and the OVC team did in 1965. The shop is part of Carroll Shelby International headquarters, called “Shelby LA.” Modeled after the 1960s offices at the original Venice facility, the shop features a “desk” for Carroll and one of his famous Stetsons.

Each OVC built continuation Ford Shelby GT350 is authentic from its spartan race bred interior to the mechanicals and cosmetics. The cars feature a competition prepared cast iron block engine supplied by the Carroll Shelby Engine Company, which is coupled to a period correct 4-speed transmission with an authentic shifter.

The car bodies are fully reconditioned and built to 1965 “competition” specs before installation of a new Brock designed aero front valance, refined rear window, quarter glass installation and finished with Ford’s iconic Wimbledon White paint. Customers can choose between the traditional 9-inch fixed rear end or independent rear suspension. Since OVC has a license with both Shelby and Ford Motor Company, the sports cars wear all of the authentic, original badges

The revised shape of the rear window improves the car’s interior aerodynamics by promoting better airflow for driver comfort. The new front valance increases the airflow efficiency to better cool the engine. While these changes may look subtle, they combine with the new suspension to dramatically change the character of the car..

Since the Shelby cars begin with an actual 1965 Mustang, they can be raced and registered for street duty. Documentation for the cars will be submitted to the Shelby American Automobile Club Registry, as well as the official Shelby American Registry administered by Carroll Shelby International.

This is the last chance to be the original owner of an original Shelby GT350 competition model sports car built by the original crew inside a Shelby facility. You simply can’t get more original than that.