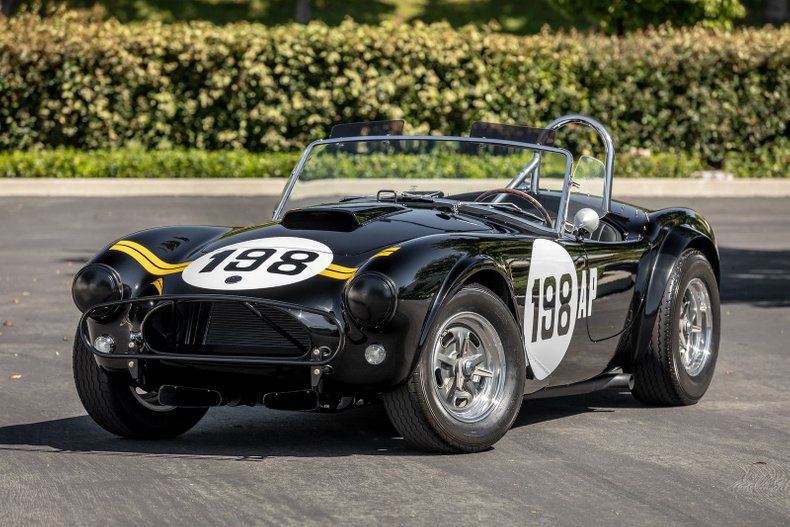 Only 15 Shelby Sebring Cobras were built and CSX2709 is one of only two in 1963 Dave MacDonald Cotati livery. Under the hood a period correct Shelby 289 iron block engine stroked to 364ci and putting out 504HP. CSX2709 is accurately trimmed to the 1963 Cotati configuration in which Dave drove CSX2128 to its first win.