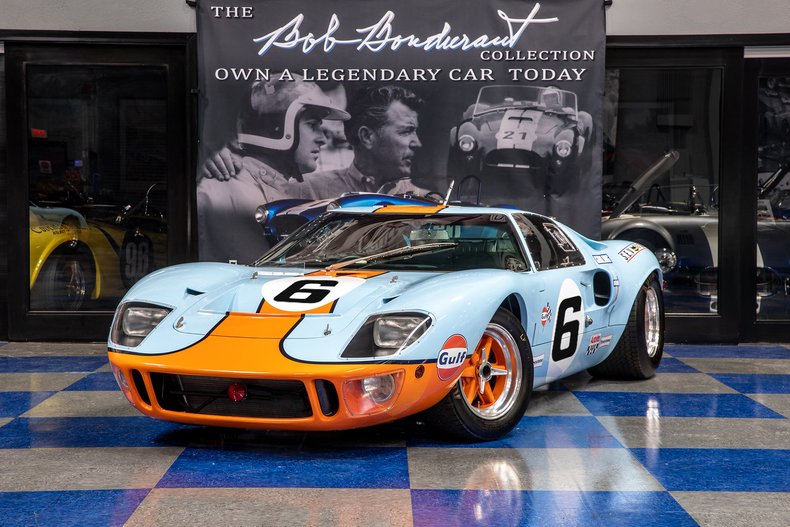 The 1969 season proved more challenging as competitor cars had become lighter and more powerful. The Le Mans race was the focal event of the season The GT40's hoping for a fourth or fifth place finish.

Over the winter there was a shuffling of drivers, as Jackie Ickx, now recovered from a broken leg, took over “GT40P/1075” and Jackie Oliver was brought in to match his speed.

To start the race Ickx made a visual statement concerning safety. As all others sprinted across to be the first away, Ickx walked across the road. The other drivers also started without seat belts on. Consequently, P1075 was last away, but Ickx was well buckled up.

A serious accident on the first lap caused the field to be squeezed up. After the first lap it was P1075 in 15th place and P1076 in 12th place, As dawn broke 12 hours later “GT40P/1075” was in the lead with “GT40P/1076 third!” The sole surviving Porsche was catching the leading GT40 and eventually the two cars were side by side, swapping positions until the last lap, where the GT40 won by 1.5 seconds!

To celebrate the 50th anniversary of P1075's unrivaled success, Gulf Oil, Safir GT40, and Superformance have partnered to bring you a limited edition 1969 Tribute GT40 featuring P1000 continuation prototype chassis numbers. These GT40's include all aesthetic features of P1075's 1969 Le Mans victory, a Limited Edition Gulf GT40 Guitar, and also a plaque naming twenty five of those employees who brought the Gulf racing team such great success that 1969 season.

Furthermore, the 50th Anniversary GT40 MKI will be offered in a “Tool Room” configuration that mechanically replicates how these winning cars were raced and can be homologated for sanctioned historic racing.