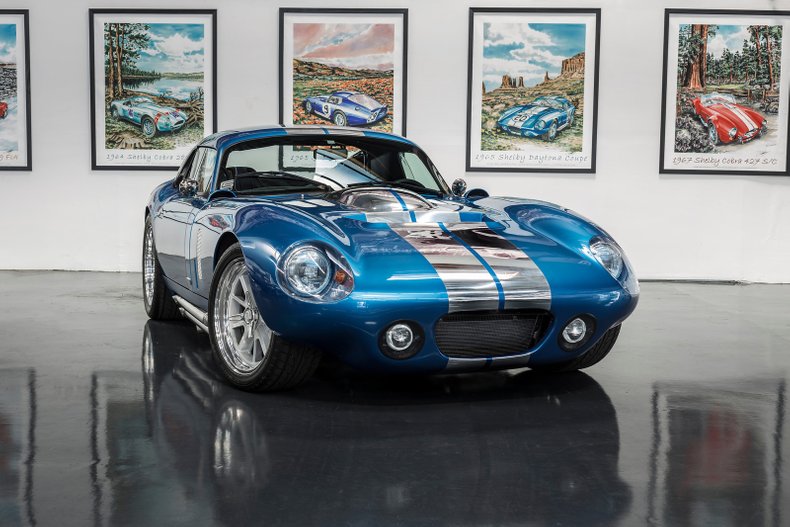 The Shelby Cobra Daytona Coupe legend began when Shelby American started to race the lightweight Cobra roadster; they were dominant except on the high speed straightaways of the European circuits. Shelby American tasked Peter Brock with designing a sleeker body for the small block chassis. The result was one of the most radical and now, iconic, racecar designs of all time. Peter's design not only yielded greater top speeds, but also made the car incredibly aerodynamic and efficient. This Sleek Coupe was called the Shelby Cobra Daytona Coupe and it helped a small American team beat Ferrari and take home the FIA Sports Car Championship on July 4, 1965. That is still the only time that an American team has captured the crown.

Shelby American began work on the first Daytona Coupe (CSX2287) in Los Angeles during 1964. It quickly proved to be a winner, enabling Shelby American to dominate and win its Le Mans class that year and capture the International Manufacturer's GT Championship in 1965.

With only six original Shelby Cobra Daytona Coupes built, the racecar became one of the most coveted vehicles in the world. Worth millions of dollars each, ownership of one is almost impossible.